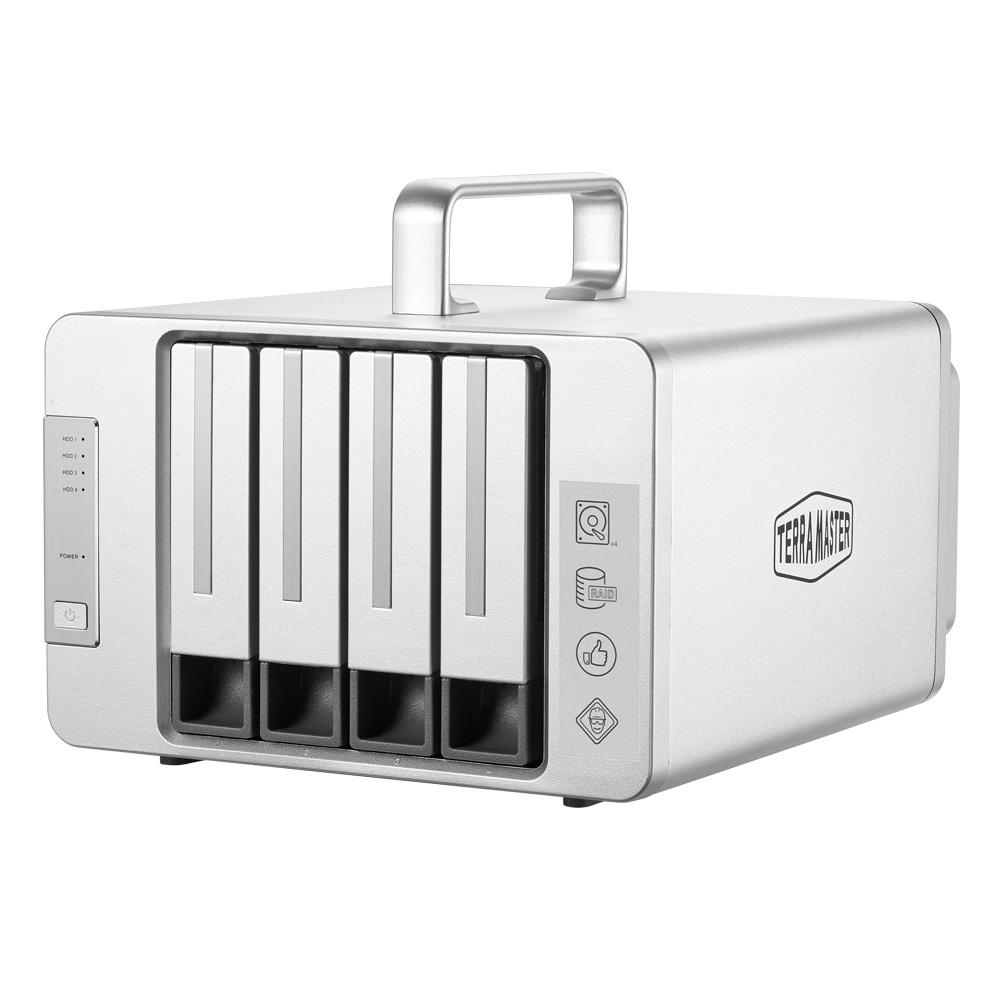 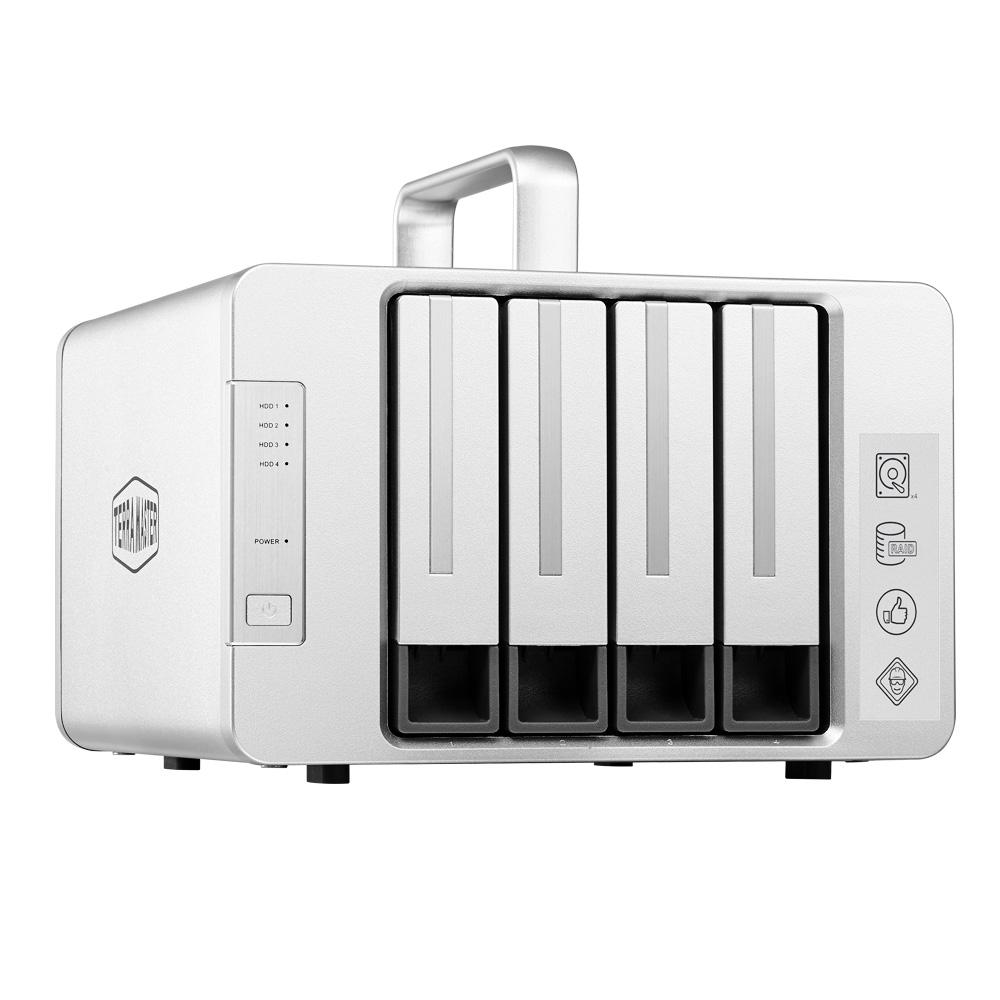 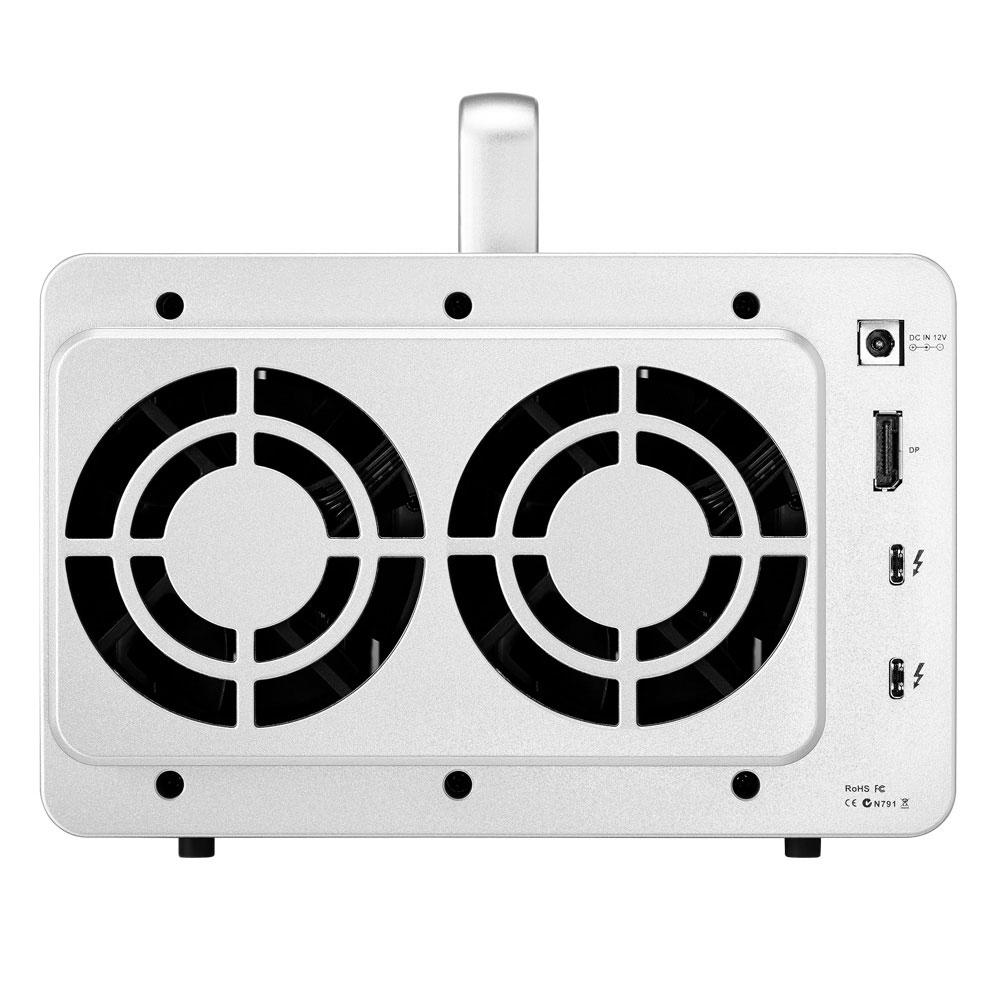 The D4 Thunderbol 3 is ideally suited for the most demanding applications, including 4K video editing, as well as seamless 4K streaming. Other users, especially those with strict speed and storage requirements, will find a valuable partner in this device.
The D4 Thunderbolt 3 is equipped with a 40-Gbps lighting speed interface, and the read and write support attains speeds of up to 780 MB/s (test conditions: 5 SSDs, RAID 0 mode). The device is compatible with daisy chaining across multiple Thunderbolt 3 devices, and each one can be realized using the Thunderbolt interface.

Features:
- Capitalising on the Thunderbolt 3 and DP interfaces, the D4 Thunderbolt 3 supports multi-screen display with up to 3 screens
- Adding much more functions than other brands, ensuring data safety and security such as it supports hot spare disk, online RAID migration etc. which
users care about
- Support up to 48TB storage capacity (12TB x4, in RAID 0)
- Support Multiple hardware RAID: RAID0, RAID1, RAID5, RAID10, JBOD
- Realizing Thunderbolt 2 Compatibility (for Mac only) with Apple’s Thunderbolt 3 (USB-C) to Thunderbolt 2 adapter
- Apple and Intel have certified the D4 Thunderbolt 3's design and performance, ensuring the device's consistent performance and reliability