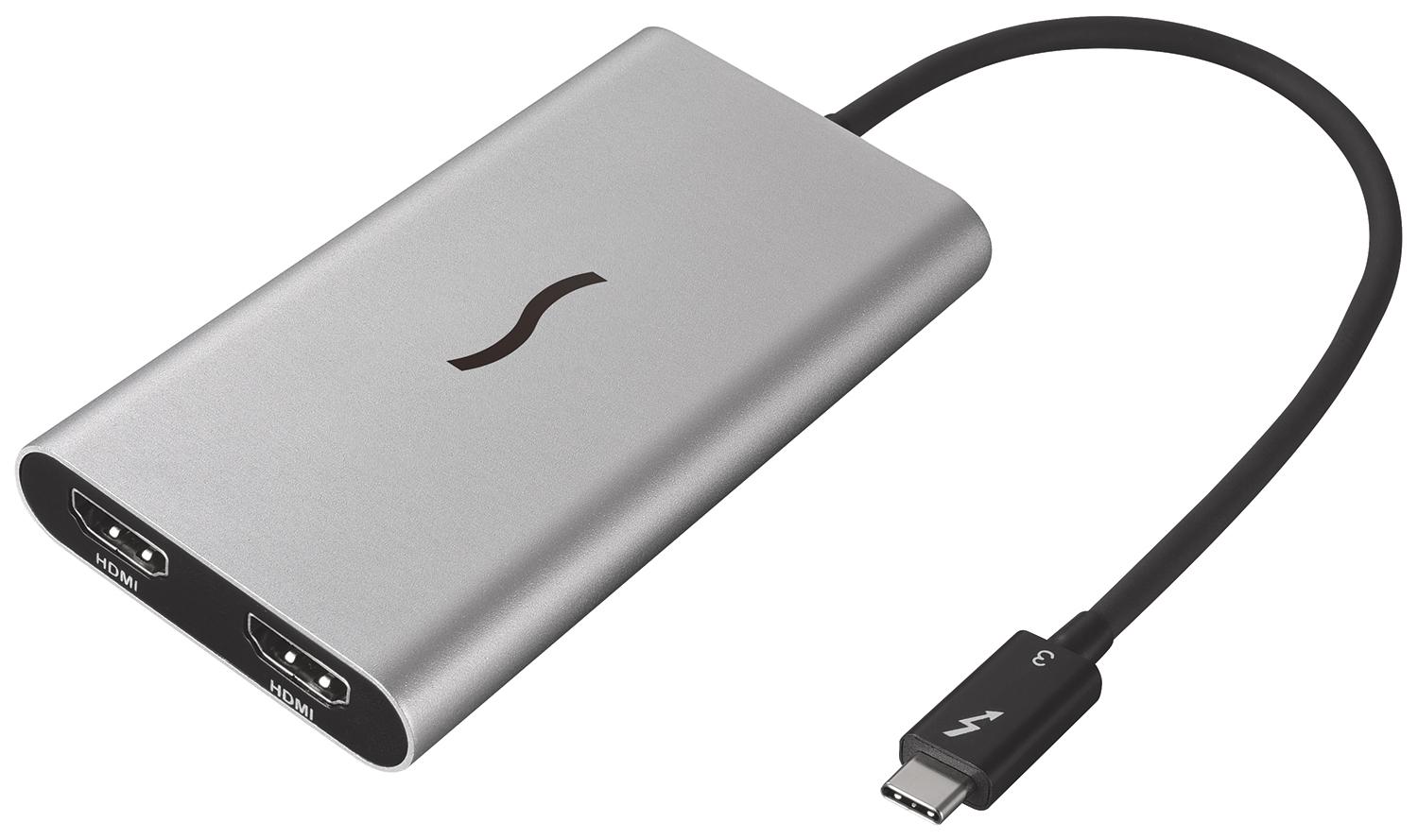 —Efficiency Enabler—
Sonnet’s Thunderbolt 3 to Dual HDMI 2.0 Adapter enables you to work more efficiently with two displays attached to your notebook or all-in-one computer, while only using a single Thunderbolt 3 port on your computer. To use it, simply plug in the Sonnet adapter into one of your computer’s Thunderbolt 3 ports, and then connect HDMI cables (sold separately) between the adapter and your monitors. Your computer powers the Sonnet adapter, so there’s no need to connect an additional power supply. Plus, with native macOS® and Windows support, there’s no need to install separate driver software.

—Adapts to Your Needs—
The Sonnet Thunderbolt 3 to Dual HDMI 2.0 Adapter supports two monitors at resolutions up to 3840 x 2160 (4K), but you can also use it to connect monitors with lower resolutions, like full HD 1080p (1920 x 1080) or 1920 x 1200 monitors. This makes it great for use for different home and office workspace applications. Because audio support is built in to the Sonnet adapter, you don’t have to plug in a separate cable to hear sound from the monitors. And, unlike USB adapters, the Sonnet adapter won’t drain system resources that might impact your computer’s performance.