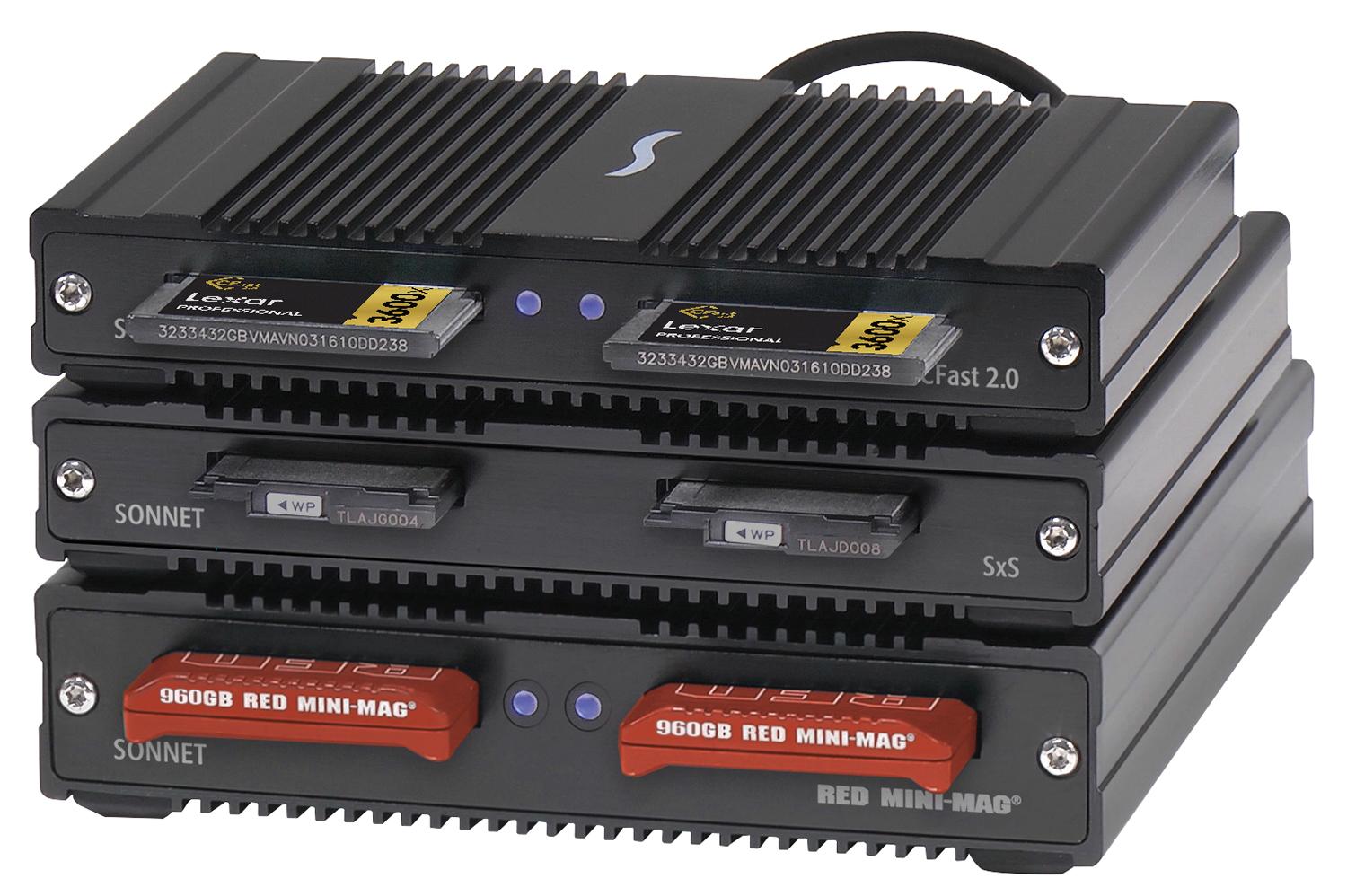 —Imagine The Possibilities—
When you shoot on RED, chances are your footage is captured to RED MINI-MAG® media, known for their quality and durability. With the move to shooting in 8K and at high frame rates, those cards fill up faster than ever—the need for a tool that accelerates offloading footage is greater than ever, too. The Sonnet SF3™ Series - RED MINI-MAG Pro Card Reader is the ultimate tool for the job.

Featuring a dual-port, 40Gbps Thunderbolt™ 3 interface, this RED APPROVED reader ingests footage from RED MINI-MAG memory cards to any Mac® or Windows® computer with Thunderbolt 3 ports—on location, in the studio, or in the edit suite—at the fastest speeds the cards will support.

—Dual Card Slots, Less Waiting—
The SF3 Series - RED MINI-MAG Pro Card Reader can ingest files simultaneously from two cards at up to 1,060 MB/s—more than double the average ingest speed of other RED MINI-MAG card readers—to cut your ingest times in half.

—Ingest Four, Six or More RED MINI-MAG Cards Simultaneously—
Built with rugged aluminum enclosures and dual-port Thunderbolt 3 interfaces, SF3 Series card readers are designed to be stacked and daisy chained, enabling you to connect up to six RED MINI-MAG readers to your computer through a single cable. Now you can take advantage of Thunderbolt 3’s 2,750 MB/s bandwidth to ingest four, six or more cards simultaneously—with three readers connected, you could ingest footage from six RED MINI-MAG cards in the time it takes a USB reader to ingest a single card!