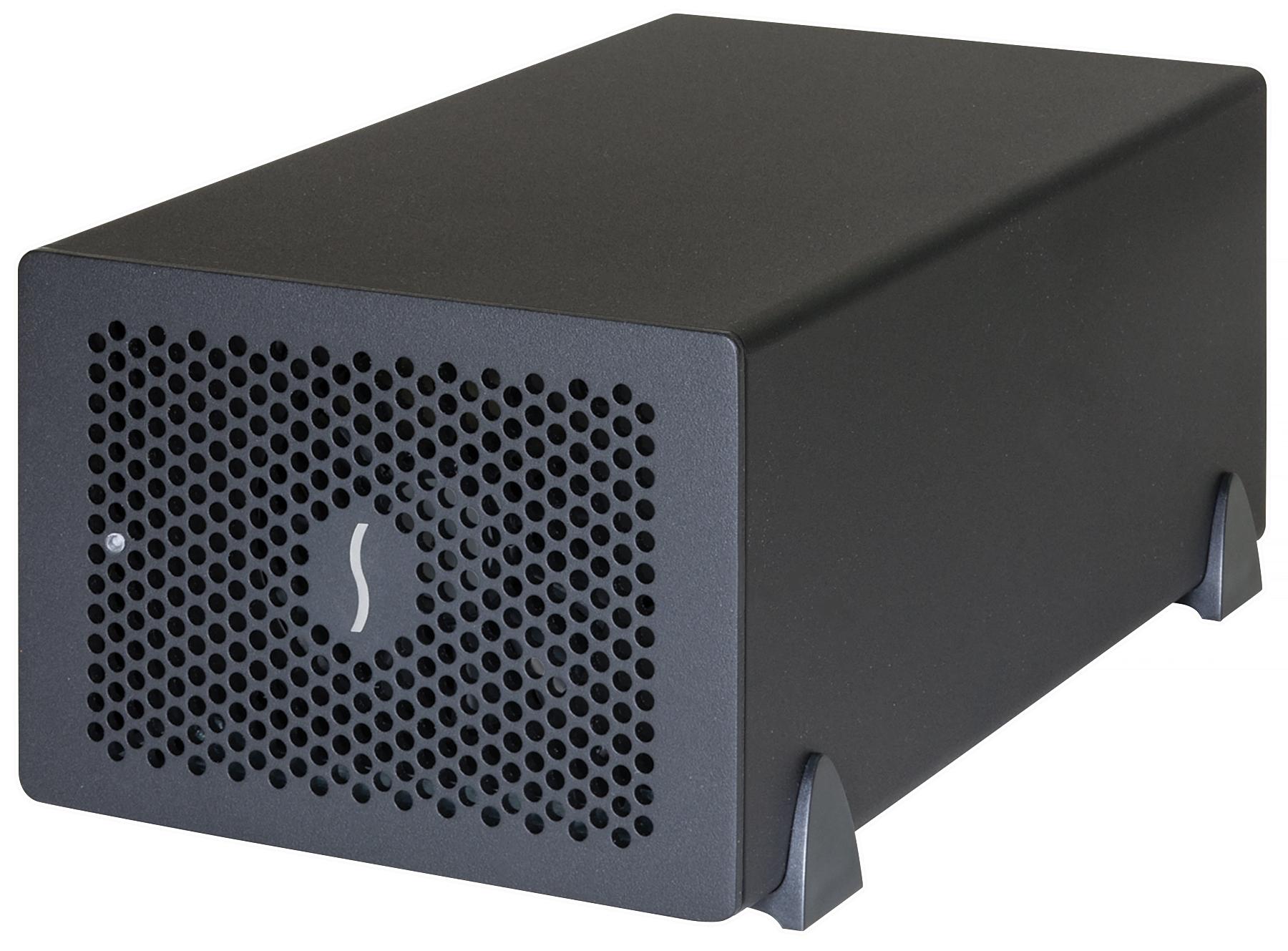 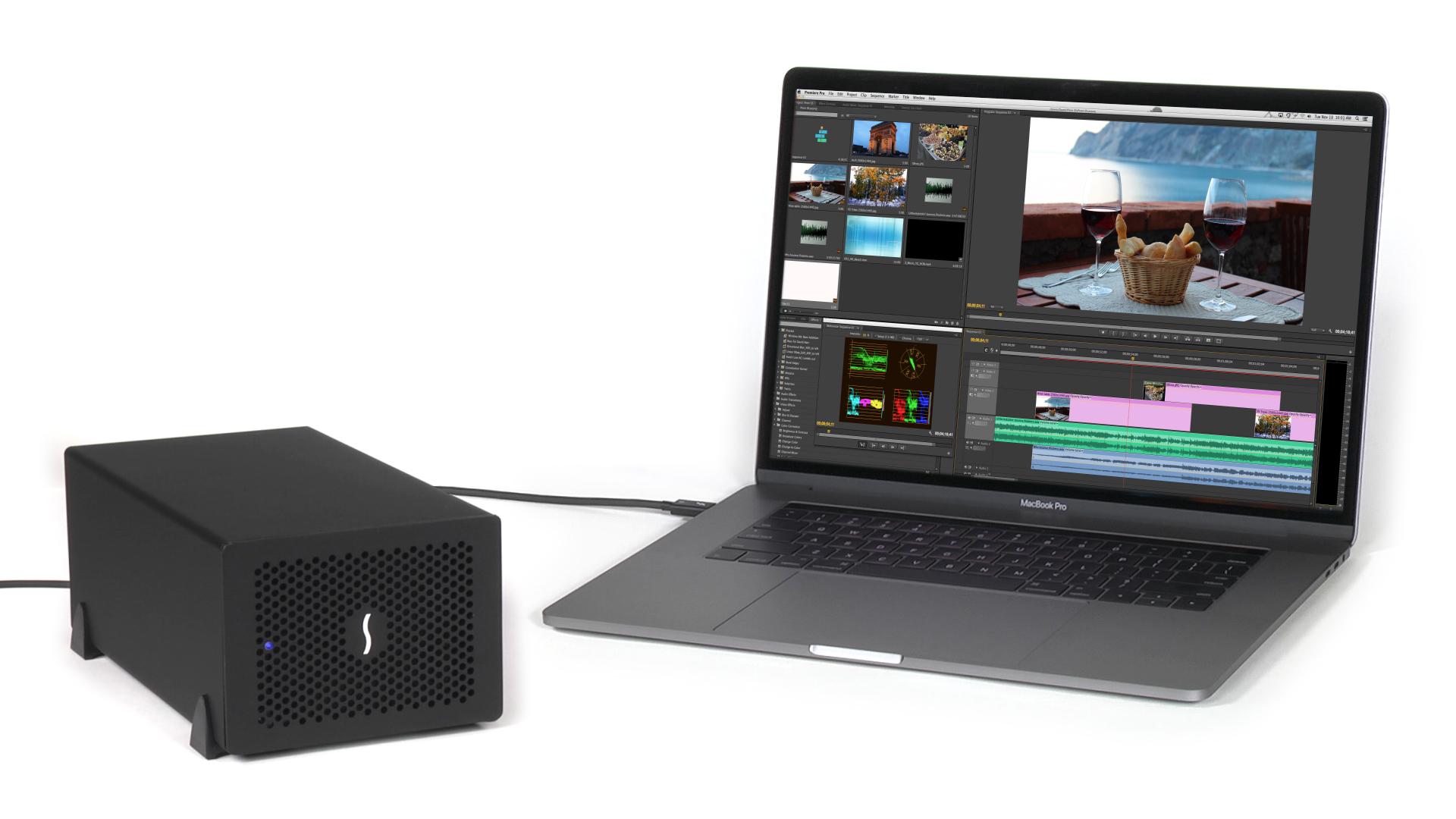 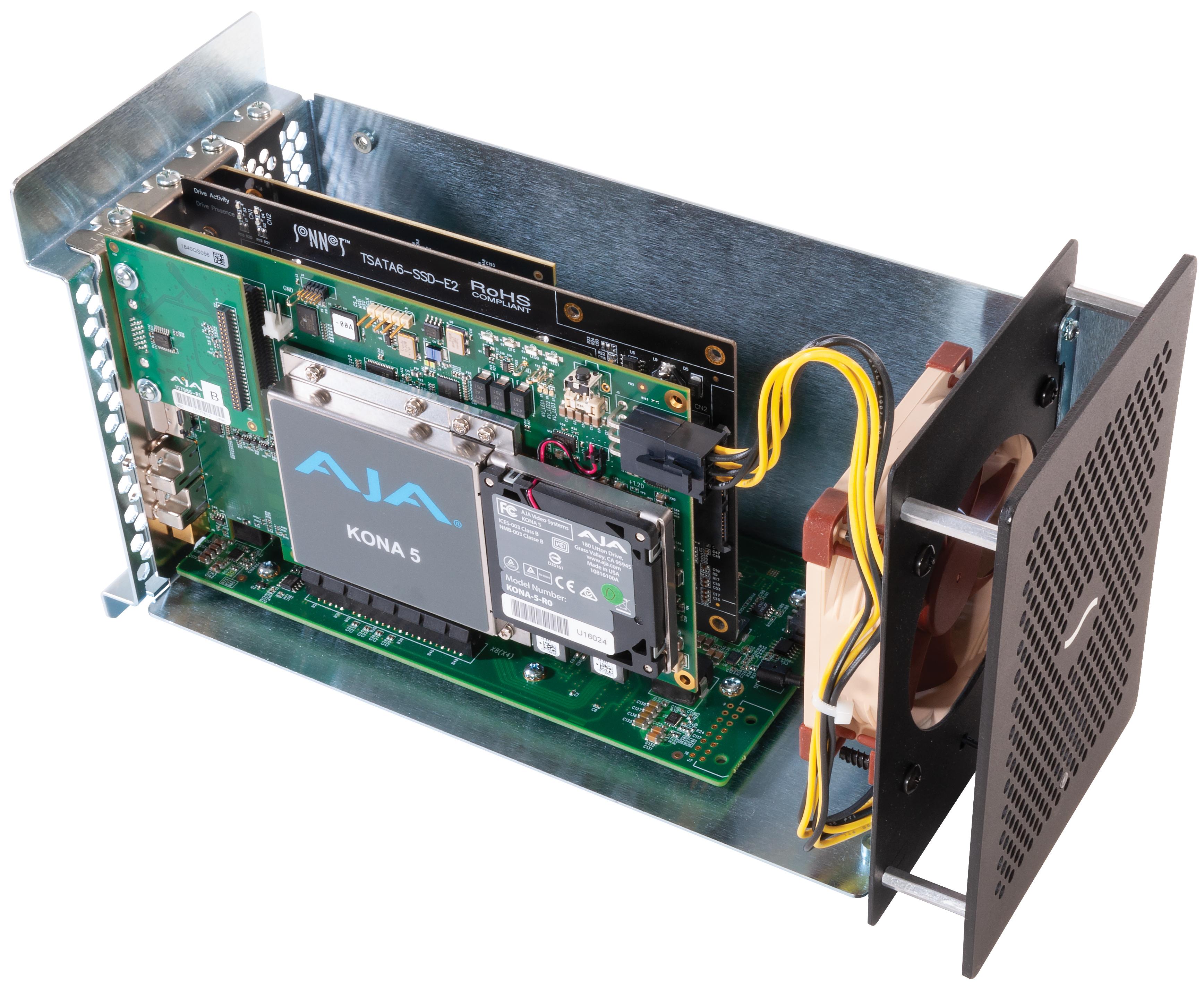 —Connect Three Full-height, Half-length+ PCIe Cards to Computers with Thunderbolt 3 Ports—
Sonnet’s Echo™ Express SE IIIe is a compact, desktop Thunderbolt3 to PCIe card expansion system that enables you to connect three professional PCIe cards at the same time to any computer with Thunderbolt 3 ports. With its three x8 slots, this compact desktop chassis supports PCIe 3.0, PCIe 2.0, and PCIe 1.1 cards up to 7.75 inches long, and connects them to your computer through a single Thunderbolt 3 cable.

— Fastest External Interface Available—
The Echo Express SE IIIe features a 40Gbps Thunderbolt 3 interface, which offers double the PCIe bandwidth and connectivity of Thunderbolt 2, and yields up to 2750 MB/s of bandwidth, enabling it to support 4K video capture and processing cards at high frame rates, and 16Gb FC cards and dual-port 10GbE cards at full performance. The SE IIIe includes two Thunderbolt 3 ports; the first is used for connection to your computer, while the second supports daisy chaining of up to five additional Thunderbolt peripheral devices to a single port on your computer. The SE IIIe also includes 10Gbps USB 3.1 Gen 2 support, meaning you can connect a USB device to the second port using the proper cable or adapter.

—Power to Spare—
Echo Express SE IIIe includes an auxiliary PCIe power connector, enabling you to install a card requiring extra power, such as the such as Bluefish444 Epoch and KRONOS SDI, AJA Kona 5, and Blackmagic Decklink 4K Extreme 12G.

—Quiet Please—
The Echo Express SE IIIe is designed to be ultra-quiet so that it can be comfortably used in noise-sensitive environments. Its enclosure is ventilated front and back to facilitate airflow over the cards by a large, quiet, temperature-controlled fan to efficiently cool the system. The fan automatically speeds up and slows down smoothly as needed—there’s no guesswork in deciding which fan speed to select.