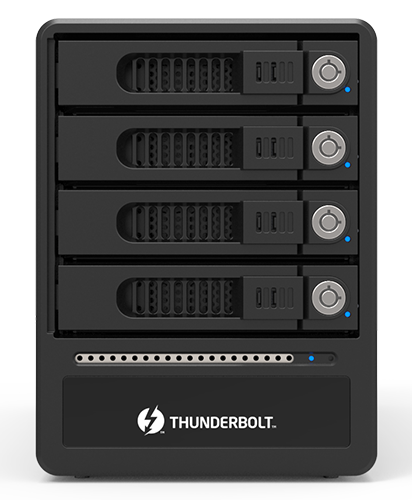 The GT4670-TB3 built-in with three disk configuration modes: RAID 0 (Speed Mode), RAID 1 (Safe Mode) and JBOD (Four Independent Volumes) for you to choose according to your needs.

The GT4670-TB3's built-in RAID 1 function controls every record that enters the system, and automatically backs it up into two copies in real-time mode, storing them into the two built-in hard disks separately. The two identical copies of data protect against data corruption, so that the data is available even if one of the hard disks is damaged, thus attaining 100% data security.

The GT4670-TB3 is equipped with a RAID 0 storage mode, whether it is used for search and editing photo galleries, or for video editing and synthesis, it promises smooth and easy operation.