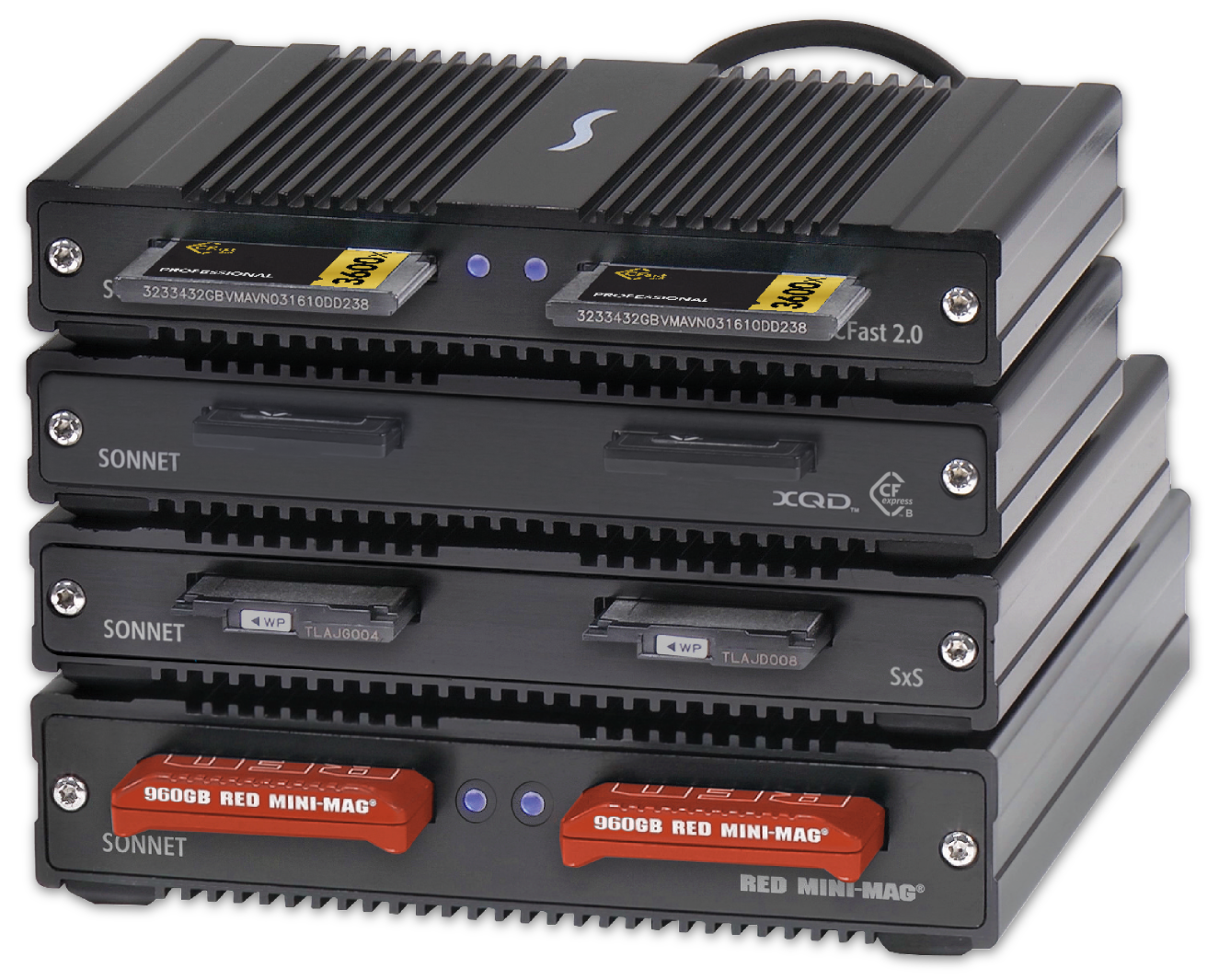 —Superior Ingest Performance—
Whether you’re capturing 4K at 60P RAW video footage to CFexpress™ memory cards, or shooting hundreds of photos in a session and saving them to XQD™ memory cards, the generated files are huge, and the cards fill up fast. Moving those files to your computer for editing is a must, but if you use the wrong tool, you’ll spend a lot of time waiting around. Get a Sonnet SF3™ Series - CFexpress/XQD Pro Card Reader; it’s the ultimate tool for finishing the job fast. Featuring a 40Gbps Thunderbolt™ 3 interface, this reader can ingest files from CFexpress and XQD cards to any Mac® or Windows® computer with Thunderbolt 3 ports—on location, in the studio, or in the edit suite—at their maximum speeds.