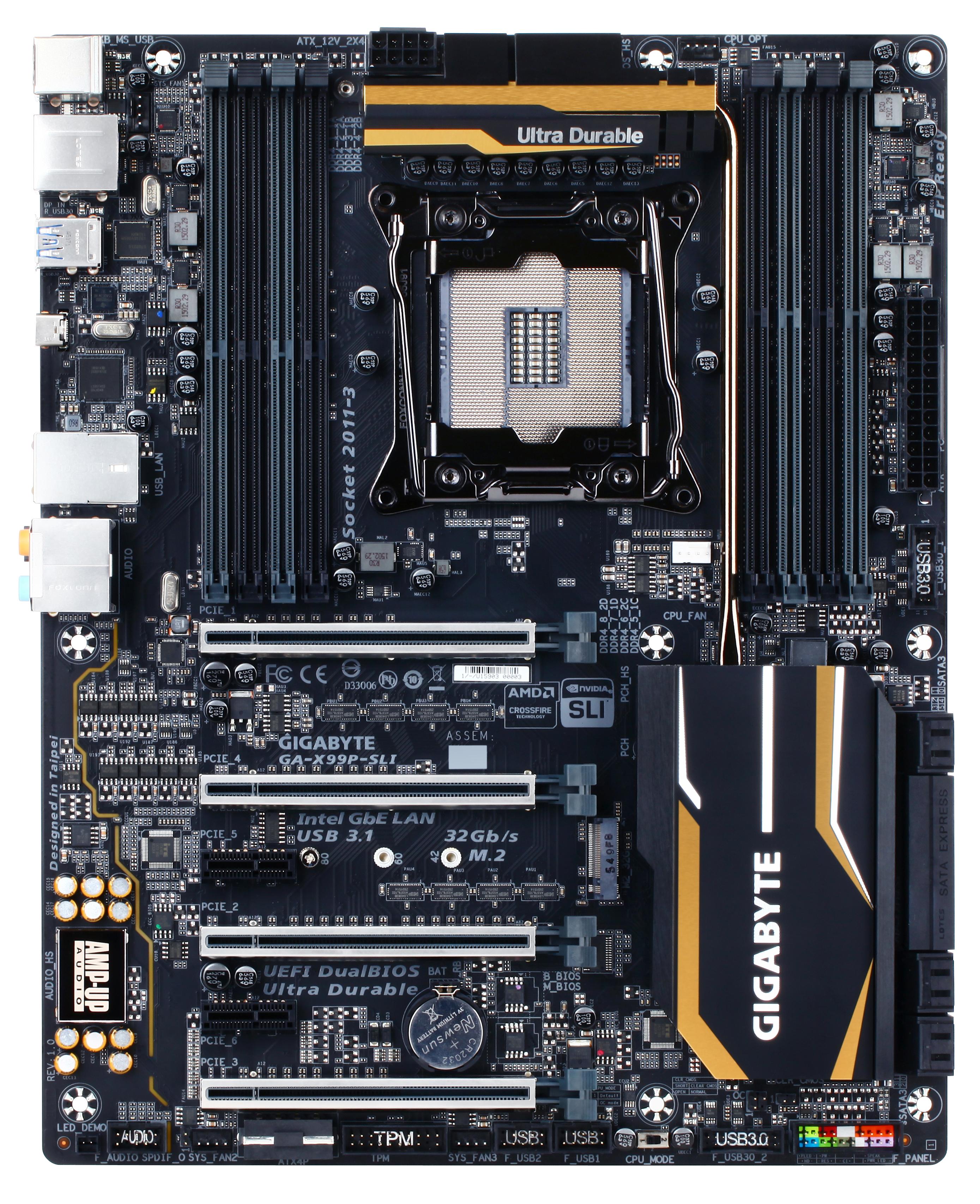 The GIGABYTE X99P-SLI motherboard is the world’s first X99 motherboard to be certified to support Thunderbolt™ 3. This gives enthusiasts that need the tried-and-true horsepower and reliability of the X99 chipset access to the world’s fastest connectivity protocol. Powered by Intel’s own Thunderbolt 3 controller, the new Thunderbolt 3 protocol is available over a USB Type-C™ connector on the back I/O of select GIGABYTE motherboards including the X99P-SLI. Bringing an unprecedented single-wire bandwidth of up to 40 Gb/s -- twice more than the previous generation!

Support for Thunderbolt 3 on the GIGABYTE GA-X99P-SLI motherboard opens up a world of possibilities for enthusiasts or professionals using the X99 chipset. With the unmatched bandwidth that Thunderbolt 3 provides, enthusiasts can use new devices such as discrete GPU boxes, external quad M.2 drives or U.2 expansion drives. Support for DisplayPort 1.2 makes Thunderbolt™ 3 a must have for any power user, but in order for Thunderbolt 3 to be able to carry a video signal on the X99 platform, the DisplayPort of a discrete graphics card must be connected to the X99P-SLI onboard DisplayPort-In via a DisplayPort cable.

Connecting the Future with USB Type-C™ - The USB Type-C™ is a new reversible connector that is loaded with useful features such as USB 3.1 support for 10 Gb/s transfer speed and DisplayPort 1.2 support to connect 4K monitors. Powered by the Intel® controller, this little port is the better USB Type-C™.

Ultra Durable™ PCIe Metal Shielding - The innovative one piece stainless steel shielding design from GIGABYTE is featured on the X99P-SLI which reinforces the PCIe connectors, providing the extra strength required to support heavy graphics cards and ensure your system integrity over time.